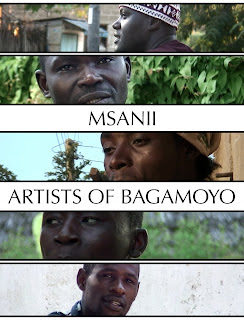 The film is called MSANII: ARTISTS OF BAGAMOYO and has, through the edit, moulded itself into a multi-plot doco following the stories of five different artists amongst other fleeting and interesting characters. Throughout the edit I have become even more enamored by the people and impressed by the depths of their stories, their openness and their talent.
Posted by James Brown at Wednesday, March 12, 2008 1 comment: