The Cradle of Humanity

I find it difficult to answer what the attraction is to Africa; it's probably a combination of things.

Perhaps it's just different, most people I know visit Europe, Asia, South America or the Pacific Islands. Or perhaps it's that the proliferation of World Vision ads has eventually got to me. My parents sponsor a child in Zambia, and I guess that had an effect on my outlook. But I think probably it is due largely to my interest in human history and evolution.

One of Tanzania's many languages is Sandawe; the oldest known language in the world, there are 40,000 Tanzanians that still speak the language, which is characterised by various clicks. The Sandawe people also have the greatest known genetic variability, a sign of long lineage. 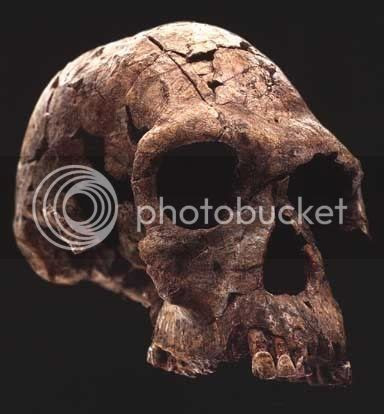 Homo Habilis fossils were found by Louis and Mary Leakey in the 1950s within the Olduvai Gorge, close to the Tanzania-Kenya border. The Homo Habilis (Handy-Man) fossils date back over 2,000,000 years, and were characterised by an increase in brain size and the first known use of stone tools.

For these reasons East Africa is known as the "cradle of humanity". Tanzania is also famous for its Mount Kilimanjaro, the Serengeti Plains, the Island of Zanzibar, and its abundant wildlife.

For whatever reason I feel drawn there...
Posted by James Brown at Saturday, July 21, 2007 1 comment:

All signed on, and going public,

During a sort of 1/4-life crisis last year (right on time) I came up with the idea of traveling to Africa to volunteer, and as you will know, times of crisis are the best times for making epic and impulsive decisions.

Actually volunteering has been something I've wanted to and expected I would do for years. Sometimes one just needs a little push over the crest of reason. So I'm signed up to teach art in Bagamoyo, Tanzania with the Global Volunteer Network from October to December 2007.

This is the main question that has been voiced or implied by those I have told so far, and it's a fair question to ask. To be honest it's a practical decision, based on what I think I can offer, and manage, based on my skills, finances and travel experience (very little).

During my stay I will be shooting a ..ary about "Art in Africa" which I am using as a vehicle through which I can apply for support from my employer The Learning Connexion and other arts funds. The theme of art, while being an interesting angle from which to view Africa, and complimenting my own sensibilities and skills, is also an important theme for gaining much needed financial support.

Bagamoyo is home to the Bagamoyo College of Arts, one of very few arts institutions in Africa offering theoretical and practical training in art, and is growing as an internationally recognised college. This makes Bagamoyo one of the major arts centers in Africa, and although I will not be working at the college itself I will be teaching at the grass-roots level, which I'm assuming is to create a follow on effect over following generations.

Despite extraordinary poverty (Tanzania is the 4th poorest country in the world, with an annual GDP of $600) arts are still able to flourish. I am planning to learn more about the place of arts in the development of third-world countries, but at the moment I only understand arts' utility as creating a trickle-down effect from an arts based economy, I'll understand if you think this sounds vague and little new-agey... but I'm confident it's not.

I would love to hear from anyone who has anything to contribute concerning the trip, thoughts, advice, warnings, philosophical positions, money... or any other sort of support.

Add to My Profile | More Videos

Add to My Profile | More Videos

Thought I was going to get to go to the precinct and answer some questioning but instead ended up on an administrative goose chase over the phone, and delivering my application 5 minutes up the road to the Post Office... enjoy.

An interview with my brother's girlfriend Gemma Bayley about development in third-world countries. During the interview Gemma makes reference to Margaret Mead an athropologist who severely misrepresented her research subjects in Samoa. Gemma also mentions the films City of God and Tsotsi. Check the links for more info.

Innoculations.
Posted by James Brown at Sunday, July 15, 2007 No comments: